Have you ever seen your cat slow blinking at you? Did you know this is a way cats communicate with us?  Have you tried blinking back at them?

Domestic cats are remarkably adaptable animals and although they are descendants of the  North African wildcat, which is largely a solitary species, domestic cats have developed the ability to live alongside other cats and also humans.

This means that our feline friends have had to develop ways of communicating and understanding both cats and humans, and although it has been recognized for a long time that dogs have a sophisticated ability to understand human emotions, as well as complex signals or cues, we surmised that cats were, perhaps, lacking in these communication skills - including understanding the human spoken word.

While there have been many studies that have helped to unlock the fascinating world of communication between humans and dogs, few people have looked at similar communication between humans and cats, despite the fact that, in many countries, cats are more commonly kept as pets and despite observations that suggest cats may also be able to detect subtle human emotions.

This situation is now beginning to change, with studies being published that give some wonderful insights into the complex world of communication and signaling between cats and humans.

What Does it Mean When a Cat Slow Blinks?

Do you know how to ‘speak cat’?  Understanding your cat’s body language is essential if you want to develop that special bond with your kitty.,

In a recent UK study published in the journal Scientific Reports, Tasmin Humphrey and colleagues looked at the ability of ‘slow blinking’ to provide communication signals between humans and cats. Slow blinking is a subtle feature that has been observed in cats for some time, and is thought to be used by cats to indicate a sense of calm and a positive emotional state. Slow blinking involves the partial or complete closure of the eyelids, performed slowly and lasting for longer than half a second (see the Figure below).

How to Slow Blink Back at Your Cat!

In these studies, cat owners were trained to perform a slow blink towards their cat. Why not try it?:

In addition, even though cats can normally find visitors unsettling, a separate investigation, also conducted with cats in their own homes, found that the cats were more likely to exhibit slow blinking behavior in response to an unfamiliar person who engaged in slow blinking;  they were also more likely to approach the visitor when they held out their hand if the person was also engaging in slow blinking activity. 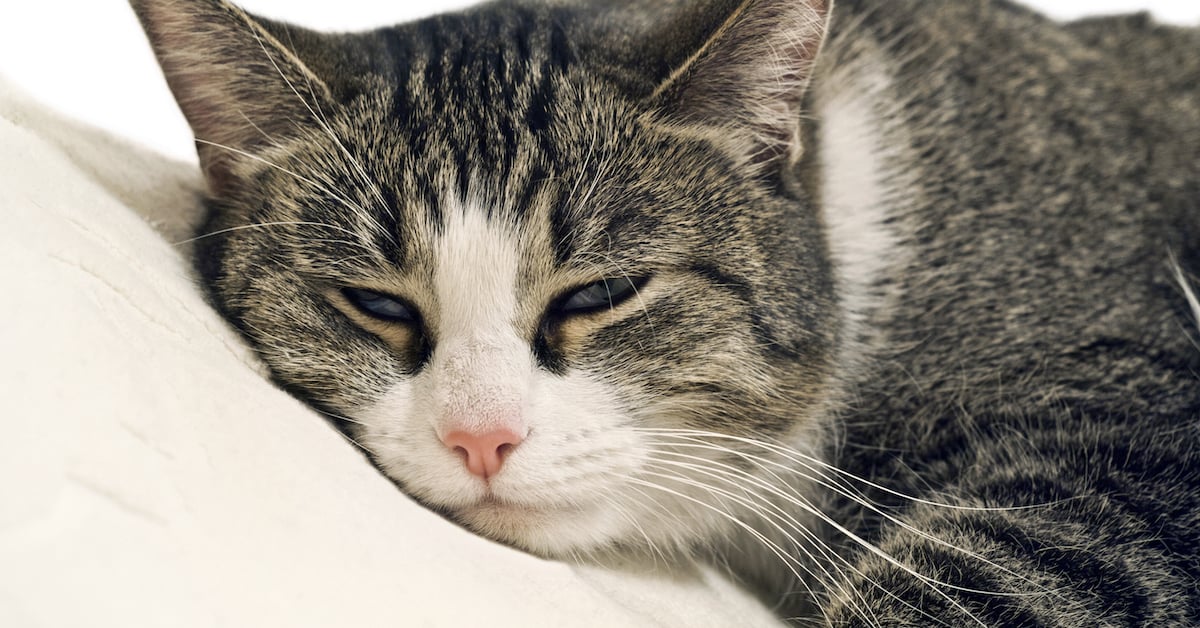 Although the slow blink phenomenon has been recognized in cats for a long time, this is the first study to investigate the role of this signal in human and cat communication.

It’s in the Blink of an Eye!

While it is possible this form of communication between cat and human is sometimes used without the owner even being aware, knowing and understanding that facial expressions such as this can be understood by cats will be important to all cat owners, and may help enhance the cat-owner bond.

It should also be noted perhaps, that while communicating through slow blinking requires attention and eye contact between humans and cats, it is also recognized that direct eye contact in the form of a prolonged stare can be perceived negatively and as a threatening behavior by cats, so slow blinking needs to be used in a subtle non-confrontational way.

Further details of the study and also videos of the cats and humans showing slow blinking movement can be found here.

About the Author - Andy Sparkes

I am a veterinarian who has specialised in feline (cat) medicine for most of my career. I have worked in general practice, in academia, in private referral practice, and in the charity sector. I am currently an independent consultant and am the founding and current co-editor of the Journal of Feline Medicine and Surgery. Most of my work is focused around education and through this helping to improve the wellbeing of cats and the cat-human bond.